When it comes to mornings in our house, I always try to prepare a warm breakfast for the kids before they head off for school. Sometimes if it’s a rushed morning they receive a quick bowl of oatmeal or a pack of mini muffins so this waffle iron hack is one of my favorite shortcuts! My kids LOVE cinnamon rolls and on most occasions the time seems to fly by and before I know it they only have a few minutes to down their cinnamon rolls before heading to the bus! Using a Waffle Iron is a fun hack to turn their cinnamon rolls into something they haven’t had before and in turn, cut the time down to less than 5 minutes from start to finish! 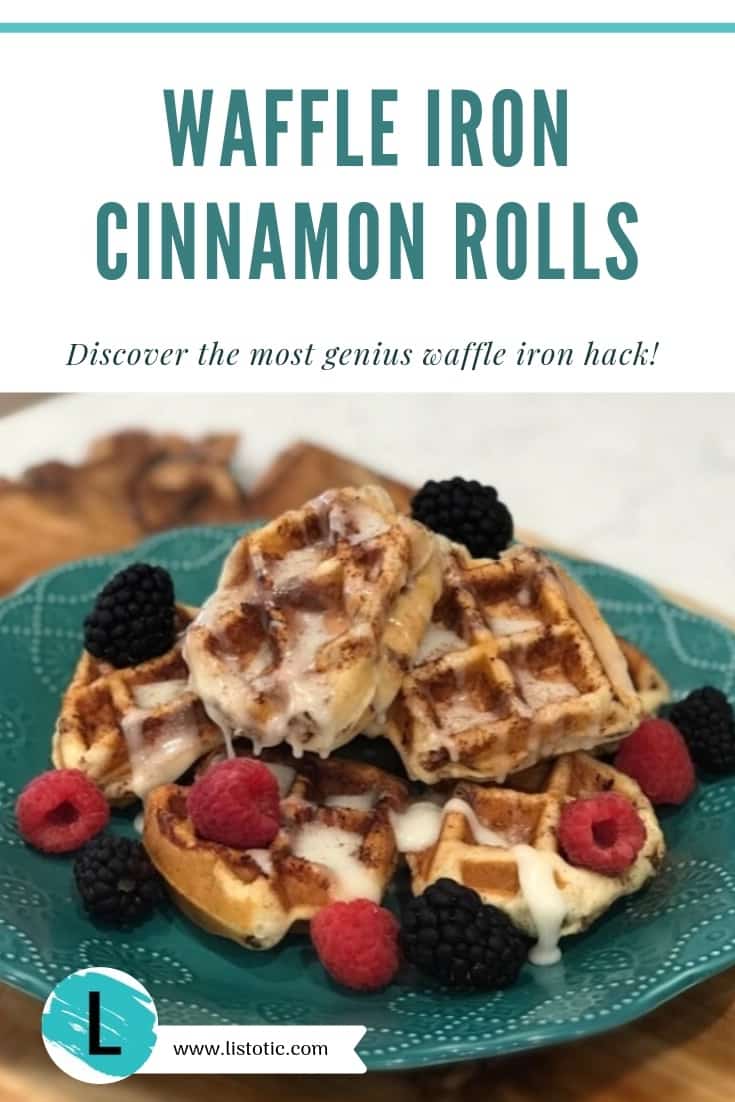 A Time-Saver for the Morning Routine

This cinnamon roll waffle hack is one of the most genius ways to use a waffle iron! These only take a few minutes to cook which allows me to spend more time with the kids instead of being in a hurry and me repeating “Hurry and finish your breakfast!! Hurry, the bus will be here soon! “ and rushing them out the door. This waffle iron hack has allowed our mornings to go a lot smoother and they get to enjoy one of their favorites before heading off to school! 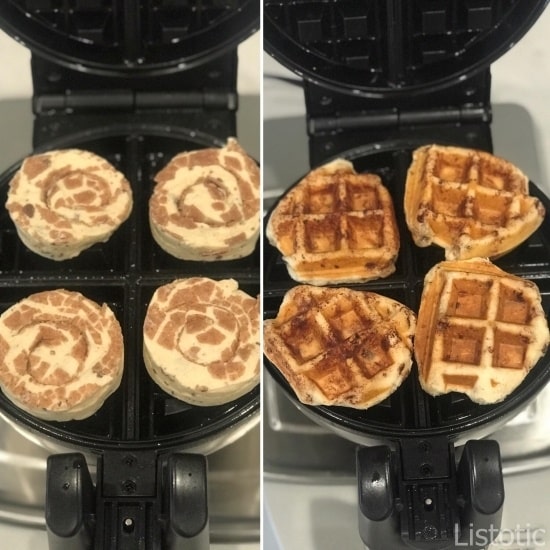 This is my first experience making Cinnamon Roll Waffles.  I took regular store-bought cinnamon rolls and just stuck them in my waffle iron. Yep, that’s it! And guess what? They turned out amazing! They were still soft and chewy but had a slight crisp on the outside. The best of both worlds! 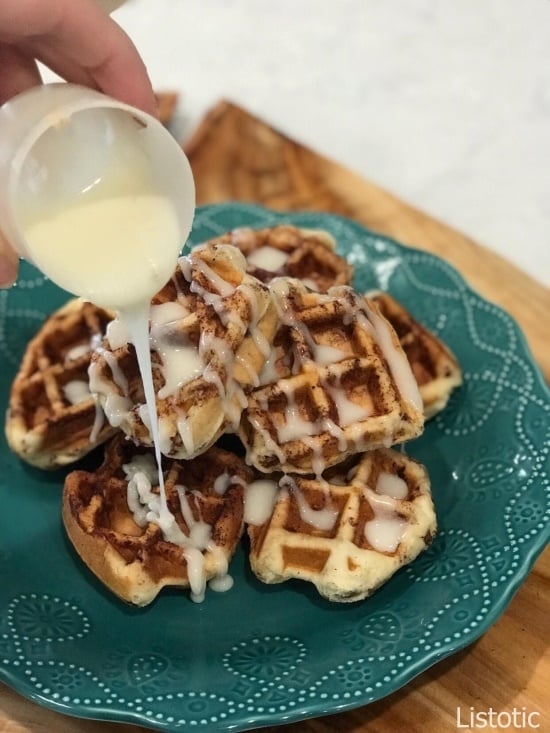 I’m sure they would be even more amazing if you have a homemade recipe as well but for time sake I used the *gasp* store bought kind! I heated up the icing and drizzled it over top . Add some fresh berries and voilà! 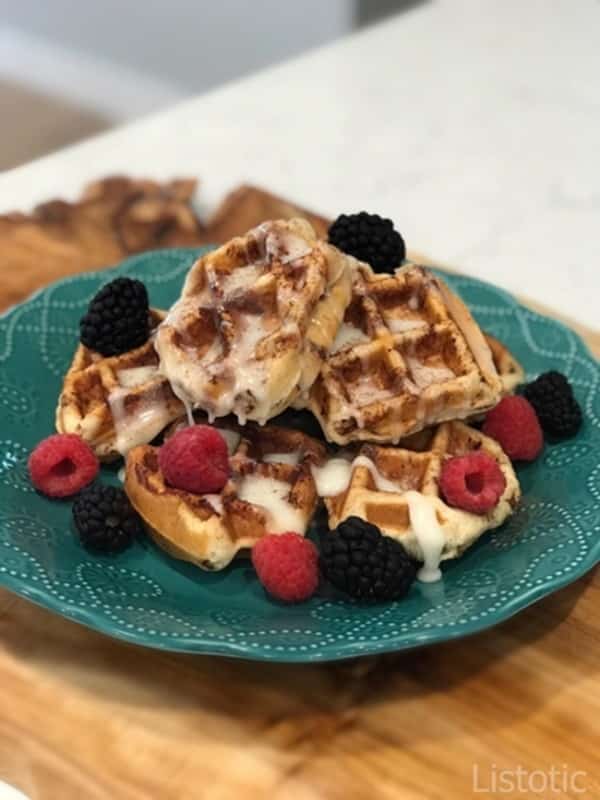 The easiest waffles you will ever make… with a pre-made cinnamon roll dough and melted frosting.

How to Make Cinnamon Roll Waffles 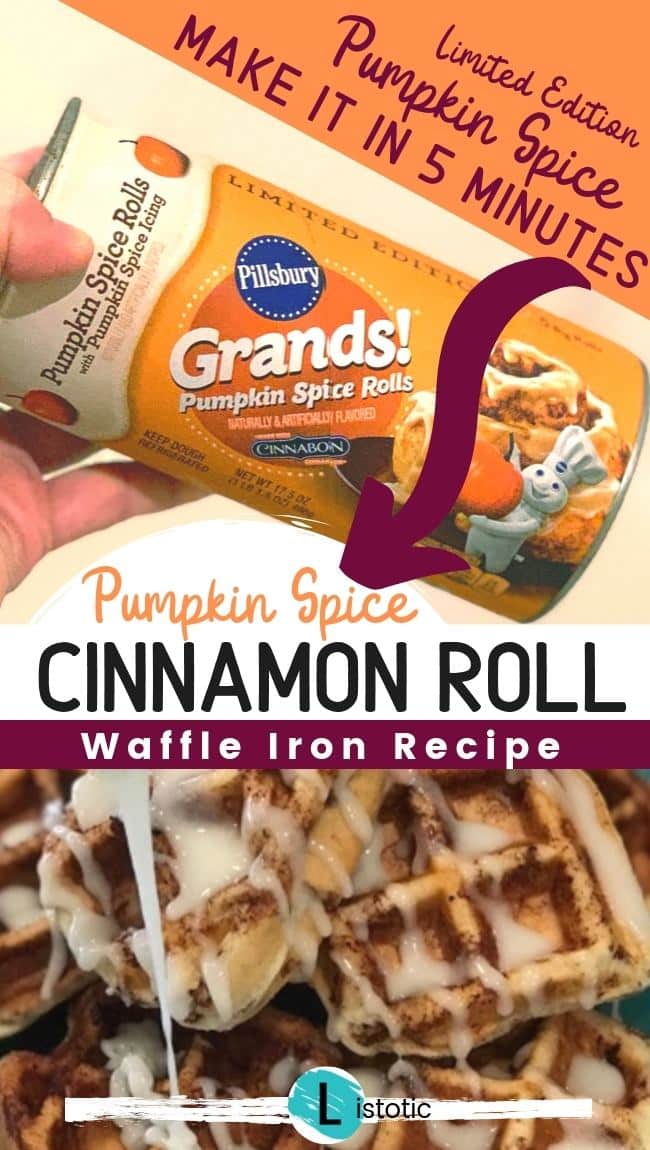 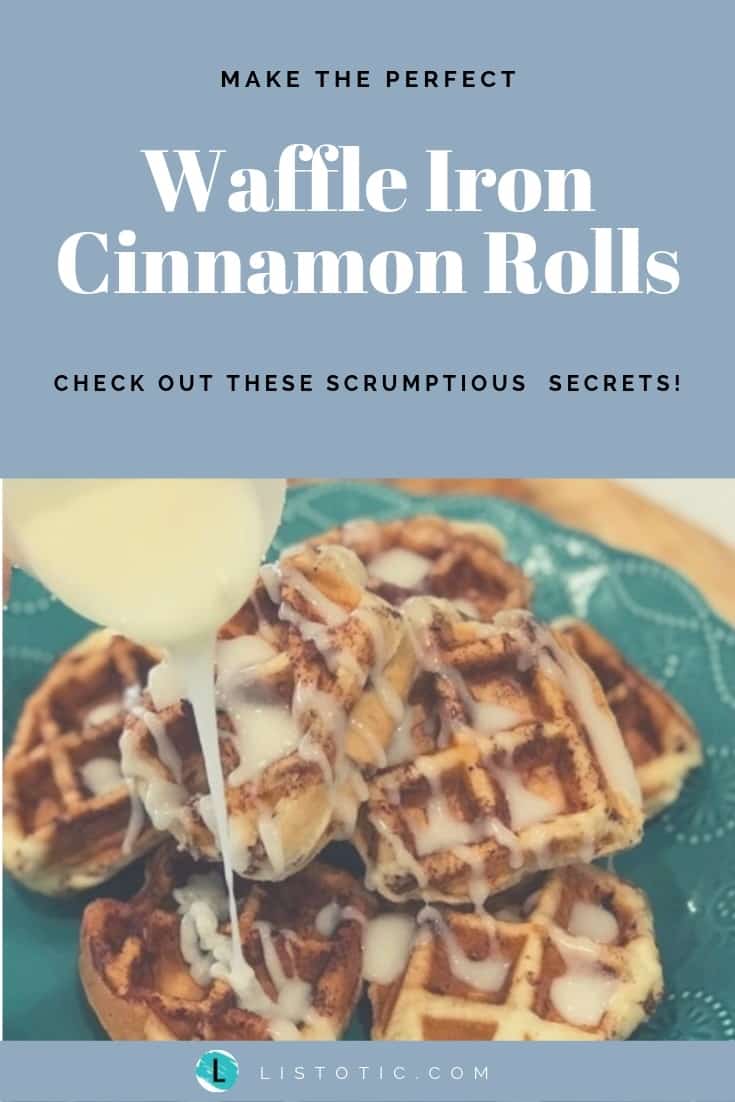 Happy Mornings to you! 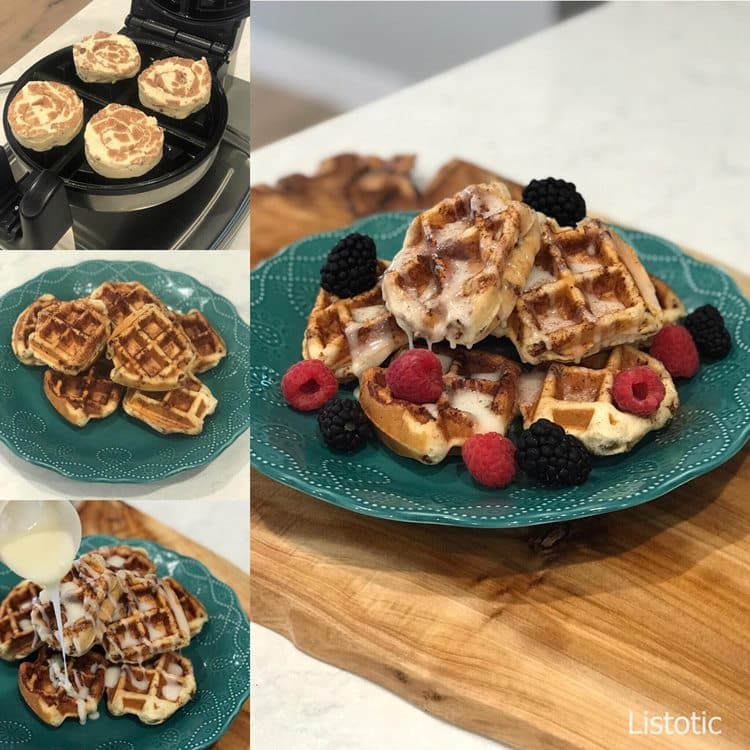 12 Easy Low Carb Breakfast Recipes (make ahead!)
If you plan ahead, you can meal prep a few low carb breakfast recipes that will last you the entire week!…

Super Fun Breakfast Ideas Worth Waking Up For
I’ve decided to make it a family tradition to cook or bake up something fun for breakfast every Sunday morning. That’s what Sundays are for, right!? There are so many possibilities, and a lot of these recipes are really quick and easy, too.

23 Things You Can Cook In A Waffle Iron
If you've ever done any experimenting with your waffle maker, you know that it can produce some pretty good scrambled eggs, brownies, cinnamon rolls, and much more.  I've compiled a list of 23 waffle iron recipes that are definitely worth a try. 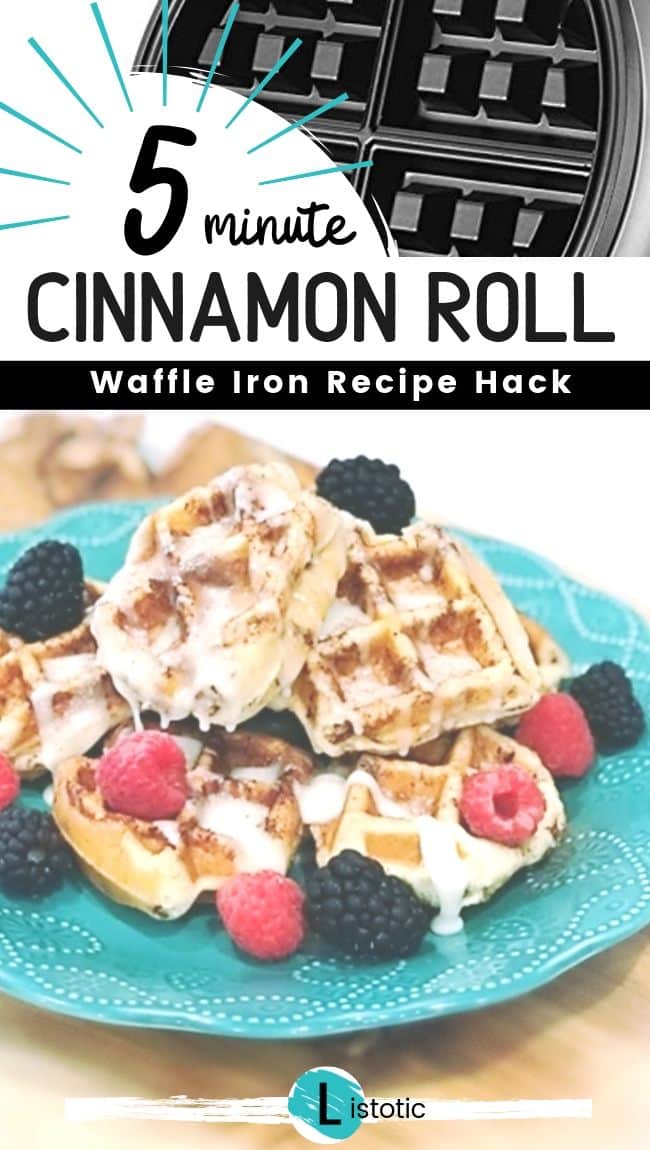